Who doesn’t enjoy a quick respite in a hammock?!

Time flies when we’re having fun, and the WordPress Weekly Challenge is here again!  This post brings you an image theme that represents Carefree.

A pictorial dictionary might use an image of a person in a hammock to illustrate the word, “Carefree.” Wilkipedia describes the hammock as “A sling made of fabric, rope, or netting, suspended between two points, used for swinging, sleeping, or resting.”

Enjoy these carefree hammock photos from my travels in Latin America! 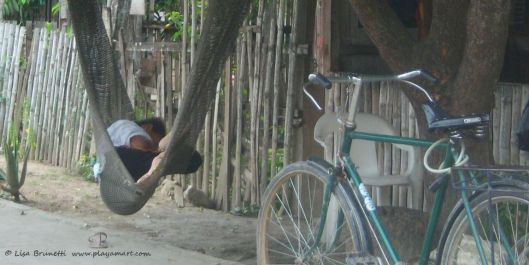 My father often stated, “Never stand when you can sit; never sit when you can lie down.”  (Winston Churchill)    Had he lived in a hammock culture, he probably would have added, “…and never pass a hammocking opportunity!”

A hammock strung between two supports tempts many into slowing down and participating in the easy sport of hammocking! 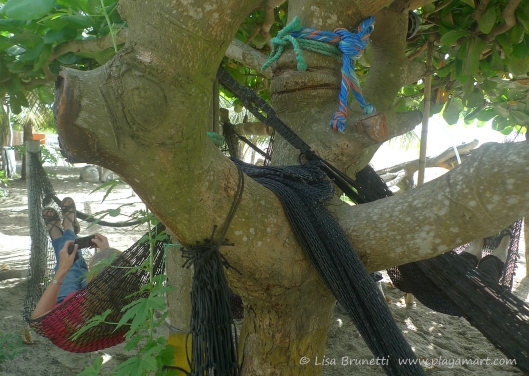 I caught Sarah Dettman having a rare carefree moment when she and her tour group stopped for lunch at La Division Ecuador! 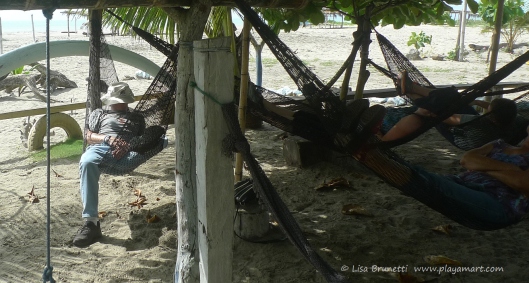 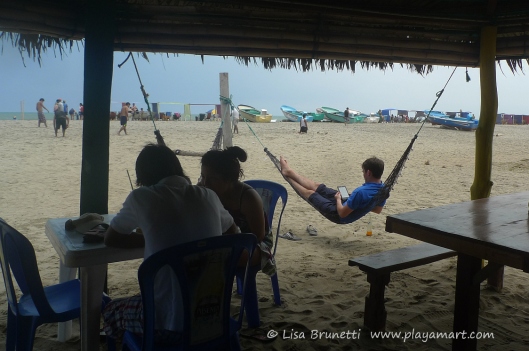 While enjoying a Sunday morning encebollado at Canoa Beach, Ecuador, I witnessed others having carefree moments. 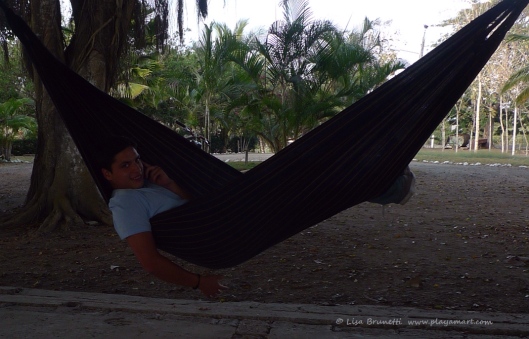 Ecuador (Do you think that a young lady put that smile on his carefree hammock moment?) 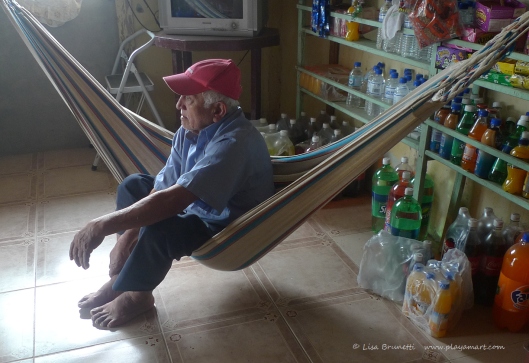 Along Latin America’s Pacific coast, many fishermen launch their boats at high tide, and they return to shore twelve hours later at the next high tide.  This fisherman relaxes with his family (below) at an idyllic fishing village, Playa Bejuco Costa Rica. 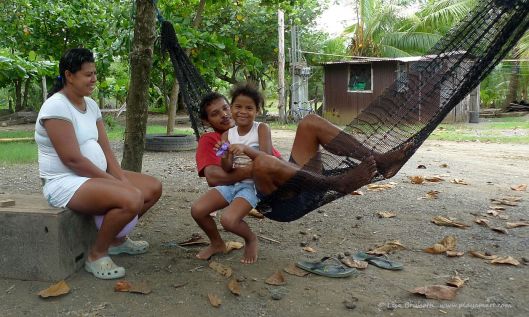 Some people wisely take time outs when possible.  While buying vegetables in Jama Ecuador, I witnessed this tender carefree moment between this mother and her very-sleepy child. (See below)

Perhaps it’s much easier to have a carefree spirit when immersed in a simple life. 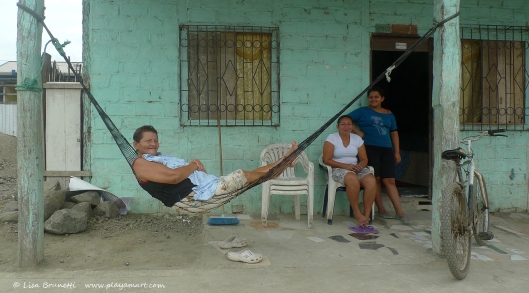 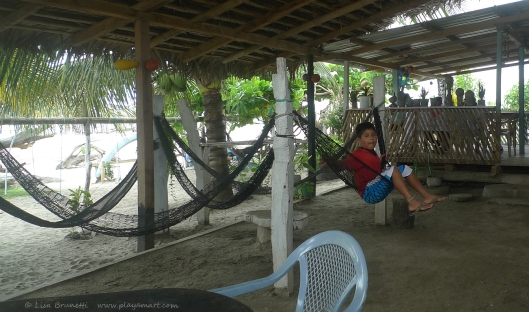 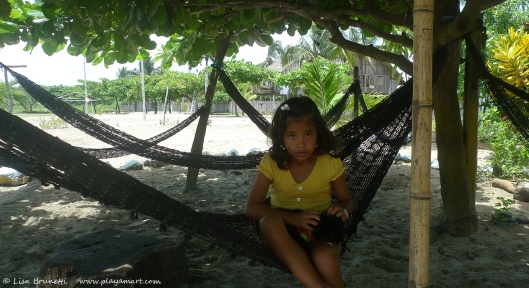 Alison and the puppy! 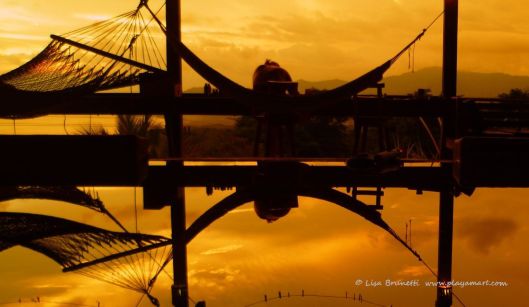 How’s this for a golden carefree finale to the day?  (Costa Rica)

Wilkipedia has a great history of the hammock.  “Spanish colonists noted the use of the hammock by Native Americans, particularly in the West Indies, at the time of the Spanish conquest.[1] The word comes from a Taíno culture Arawakan word (Haiti) meaning “fish net”   Read more HERE.

Have a great weekend everyone, and thanks for your amazing support!