The Daily Post tossed out a challenge with four options this week; I selected this one: “Take a draft post that you didn’t published because it didn’t turn out as you expected. Change the story, revise it, and publish.”

I found two posts in drafts; one recent post from April 3rd  stalled because of slow internet and low battery:

“…In today’s WP post, Kristin nudges us to, ‘Look out your back window or door — describe what you see, as if you were trying to convey the scene to someone from another country or planet.’

Most sources say that this song was written for Fogerty’s 3-year old son and was inspired a Dr. Seuss book.  I’m quite pleased to introduce you to this cast of characters out my own backdoor!

Reaching back to a post from January 2013, I can finally release these birds from their cyber cages.  May they soar from my back door round the world and lighten your day!

Babs (Salmon Fishing Queen) and I lobbed a few thoughts back and forth this morning, and I confessed to sitting in the window seat while working on a post and watching the birds on the river.

The moon sets over the river.

The full moon nudged me to the window before dawn, and I watched the moon go to sleep while the birds awakened. Hours later, the birds still claimed my attention.

Here’s a play-by-play report of the awakenings outside the window!

Stage left, a great egret gracefully floated above the water. A long branch in its mouth, it was on its third ferry in the past half hour.

a black and white frigate flew overhead from stage right while a cormorant skidded and belly flopped into the water.

a crimson-headed vulture, unseen by me, took flight from a bamboo pole set in the rocks at the corner of the house. Zoom! A second vulture buzzed past – only a few feet from the window!

Zoom Zoom! The egret paraded back from the far side of the river and vanished into the dense canopy of the mangroves. The egret left with another clump of nesting material. 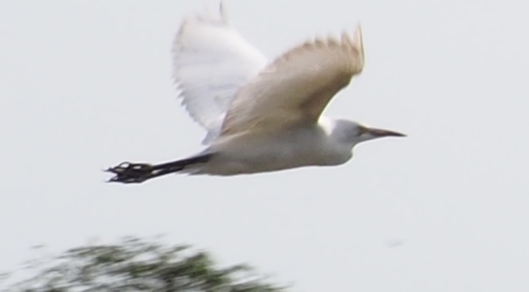 A dust-colored house wren chattered its endless morning greeting from the nearby thatched ramada; the egret left with no material in its beak.

The petite and always-hungry kingfisher rat-tat-tattled with its catch of the hour, then prepared for its next raid!

A black cormorant whooshed past in hurried flight.  Perhaps he overslept and was searching for its flock?

A black and white frigate zoomed from background to foreground and over the house as if to check the breakfast menu!   It was surely late for a morning appointment with the wind!

two southern rough winged swallows zipped over the surface and took turns watching the river with the kingfisher.  At times they peered at me as if to ask, “when will coffee be served?!” 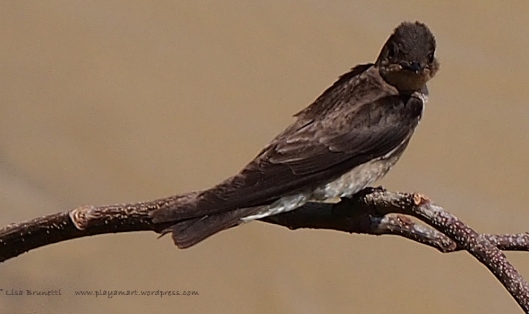 The great egret returned. He/she must be robbing the yellow-crowned night heron’s nest!

With five to seven quick flips of the wing, a lone ibis hurried through the scene and then coasted for several seconds.  Sea gulls zipped from cluster to cluster as if they feared they might miss the all-you-can-eat buffet!

A cocoi heron shadowed its neighbors the great egrets wading the shallows. its majestic presence adds a touch of elegance to the view.

Stark-white ibis with downspout beaks shared the shallows with the gulls;  properly-attired black and white stilts rubbed elbows with the night herons. 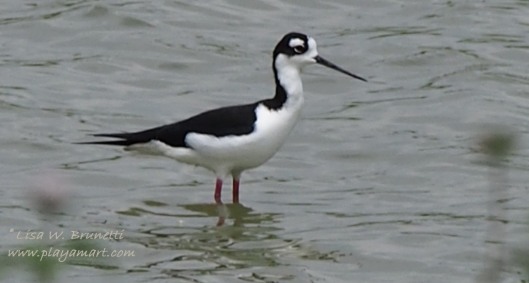 Silently watching, the black-crowned night heron reminds us to be patient!  In contrast, the egret leaves, gets half way across the river, circles and returns. it forgot its nesting material! how silly!      (it must be in love – or perhaps lust!)

the pelicans are absent this morning – how odd. their section is bare – uninhabited.  I make a note – something’s a bit amiss there. (* Heavy rains moved in the next week!)

in the pelicans’ absence, a cluster of cormorants flapped their wings in the water as if they were pelicans!

The morning pageant would not be complete without the elegant snowy egret;  quite vain and jittery, it squawks and flies away at the tiniest threat to its fashionable black stockings and yellow slippers! 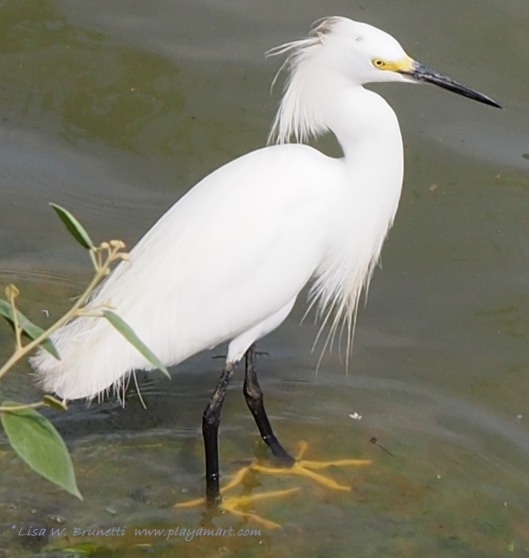 A croaking ground dove dashed through the scene as if to say, “Don’t forget all of your yardbirds!”

“I’ll wait to showcase the delicate jewels of the yard another day,” I smiled.  “For now, I’ll watch the finale over the river.”

As the sun warmed the cool pockets of morning air, faraway frigates hitched a ride along invisible air currents and escorted me into a beautiful day.

Frigates swoop and soar in lazy circles. and watch over this last bend of the river.

Have a great day- weekend, everyone! z

20 thoughts on “Awakenings on the River”