Timeout for Mississippi has squeezed the Timeout for Art to the sidelines this week.  As you read William Percy’s words from his autobiography, “Lanterns on the Levee,” enjoy these images taken throughout the Mississippi Delta. 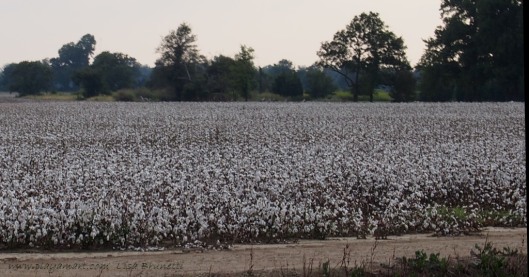 Cotton at its peak and awaiting harvest… Heavy rains at this critical time would ruin the crop.

“My country is the Mississippi Delta, the river country. It lies flat, like a badly drawn half oval, with Memphis at its northern and Vicksburg at its southern tip…

(Highway 61 near Clarksdale Misssissippi) Memphis is an hour behind in the rear view mirror and Vicksburg is hours and hours away at the other end of the road!

Its western boundary is the Mississippi River, which coils and returns on itself in great loops and crescents, though from the map you would think it ran in a straight line north and south. Every few years it rises like a monster from its bed and pushes over its banks to vex and sweeten the land it has made…

For our soil, very dark brown, creamy and sweet-smelling, without substrata of rock or shale, was built up slowly, century after century, by the sediment gathered by the river in its solemn task of cleansing the continent and deposited in annual layers of silt on what must once have been the vast depression between itself and the hills. 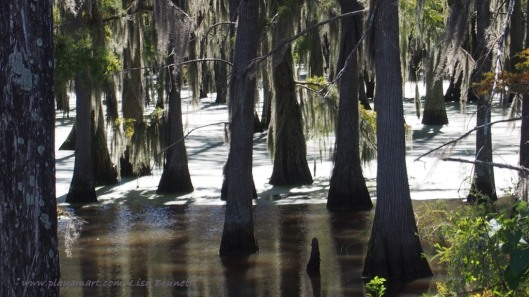 This ancient depression, now filled in and level, is what we call the Delta. Some say it was the floor of the sea itself. Now it seems still to be a floor, being smooth from one end to the other, without rise or dip or hill, unless the mysterious scattered monuments of the mound-builders may be called hills…