“A man needs a little madness, or else… he never dares cut the rope and be free.” ― Nikos Kazantzakis

(Poza Honda Ecuador)  “…As I write while noting the sweet and varied sounds and calls of nature, a not-so-soothing instrument asserts its caustic voice. Incongruent with the morning’s rhythms, a chainsaw slices through the natural harmonies. Compared to the never-ending sounds of the city, the distant chainsaw seems minor and insignificant, yet it grates on my psyche much deeper than the urban distractions…” from: Many Birds at a Time – Sept 2019 – Brunetti 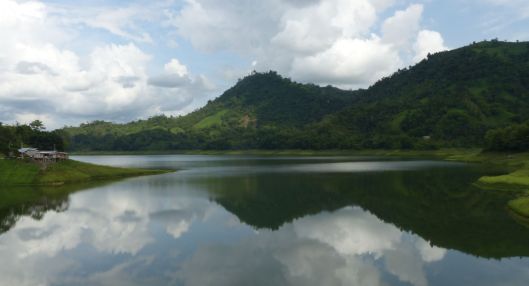 Approaching quietly on his motorcycle, the guard for the dam (reservoir Poza Honda) stopped and turned off the engine. I expected Antonio to politely ask me to park elsewhere, which I usually do – but had not on that late afternoon. On my way back to the city, I stopped to video the 40 or 50 swallows careening in and out of nests beneath the spillway bridge. Turning off the camera, I stood and smiled. His words took me by surprise and touched me greatly. 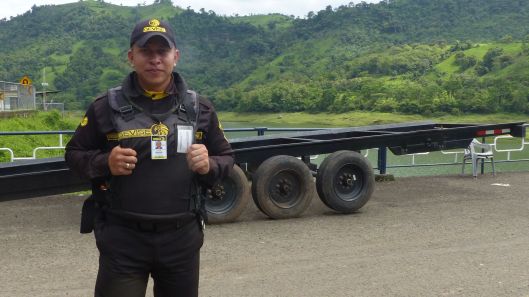 With sensitivity and respect, Antonio asked, “Why did you leave? Where did you move?” (I’d been basically absent for four months after living there for two years.)

With equal respect, I asked if he had time for a ten-minute answer, and if he was serious as to ‘why.‘

I said that two years ago the sound of the chain saws was rare, but for the past year it seemed to be almost daily – and most days the sound came from two or three different locations. He nodded and agreed. The rate of deforestation had increased. I mentioned the cutting and run-away fire way too close to my residence (2018) – and he distinctly remembered that fire.

Foto taken from the steps of the house. 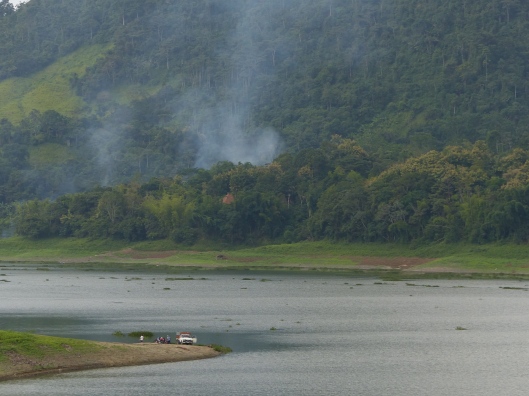 I said that some days the sound of the saws made me angry; other days it made me profoundly sad and sometimes it was like a blow to the stomach, and at those times I cried. “It’s a protected forest, yet no one speaks up – and the authorities don’t enforce the law. It’s as if the logging is invisible, including when the loaded trucks drive past the guards, though the gates and out of the protected forest.” I mentioned the times when logs were stacked near the road, yet it wasn’t until dark when the trucks arrived to transport the material out of the area. I asked if it was legal to cut near the water, and we discussed a clear-cut area that increases each year. Higher toward the southern ridge, a new visual wound brands an area near the dam. 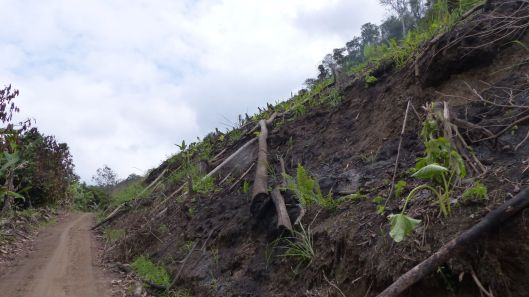 This past weekend delivered a new visual blow – a new chunk cleared on the neighbor’s forest.

Antonio, as with all of the locals, observes the ongoing clearing; it’s part of a lifestyle the farming and ranching community has always known.    Does having more knowledge of current events, of climate change, of pesticide dangers, of vanishing species, of the melting glaciers — does it make it more simple or more complicated when trying to live in harmony with these beautiful people?   Our conversation resumed at an easy pace, and we discussed the burning that often follows, leaving strips of parallel scars along the barren hillsides.

“Our planet is sick, and it needs more trees, more canopy – we have to respect the planet. The monkeys need tree bridges – when the area is cleared, the monkeys are forced to leave.” I said that I loved the area, and that I missed everyone – but I also did not want to end up like another Chico Mendes.

Changing the topic, I told him about the just-finished bird census, where ‘Don Jorge,’ Luis and I documented 87 species in one day, and our hopes to share our birding enthusiasm with others in the area.  I squinted toward the water’s edge and stated, “Limpkin?” He asked about the cluster of black and white birds near the Limpkin. “Those are stilts,” I said, “ but look -” and I turned on the camera, which pulled in the image of the brown Limpkin. He laughed and said he would never have seen that bird.

We then checked the field guide index and flipped to the correct page. He quickly grasped the map index for each species, and he repeated the word, “Limpkin” with clear enunciation. We turned to the stilts, and he repeated, “Black-necked Stilt” several times. We discussed the Brown Wood Rail and located its range map in the book, and we discussed extinctions and the endangered Gray-backed Hawk photographed a short distance from the dam. He learned that the Osprey prefers fish over chickens and that Laughing Falcon devours snakes.

Antonio, our second Bird Specialist in training, quickly recalled the names of the birds he had just seen. He enjoyed pronouncing the new words, and I easily imagined a small group of locals – all repeating the names – or answering the question ‘Que Ave?” then seeing which person answered first – and giving little prizes to the person who remembered the most names. 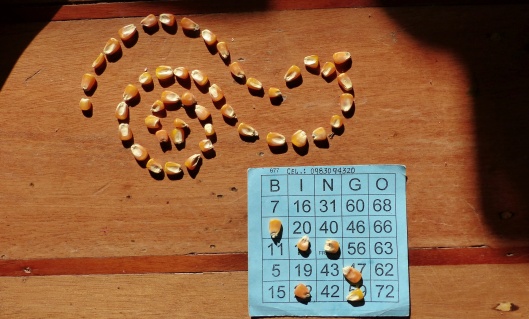 Instead of Bingo gatherings, would the locals embrace Birding gatherings? The creative mind finds many ideas for rewarding the participants: the person who asks the most questions, a new ‘star student’ who reports seeing the most birds – or interesting bird behavior — or acknowledge the person who told the most-encouraging story re: “I placed the papaya scraps on a feeder and the Orange-fronted Barbets were there almost instantly! Those birds have never been so close to our house!’

It’s doubtful they would embrace my invented method of detecting hard-to-find birds:

“…Noting the continued absence of many species (birds, butterflies and the oh-so-important bees) I slowed my pace and wondered how to increase my awareness of what might be lurking nearby. Remembering posture lessons from long ago, I imagined – not a book balanced on my head – but a bowl of clear water. ‘Let the water’s surface mirror the sky and the treetops,’ I silently coached myself. Seeing my mischievous smirk, a voyeur might think that I was tripping on experimental drugs. No drugs are needed when one fine-tunes with nature…

…Every so often my mind wandered, but a quick mental glance to the imaginary bowl on my head steered me back on course. A duet of weak chirpings meandered from deep shadows of the nearby under-story. Rufous-headed Chachalacas chanted from the distance. Careful not to swish the water on top of my head, I fine-tuned my attention to the chirpings. Silhouetted against a sunlit spot on the far side of the thicket, one petite bird flitted from ground level to low branches to 8 or so feet high then back again. The camera focused on tangled vines in the foreground, on the sunlit patch in the background, but repeatedly failed to capture the small bird. The baby birds’ grumblings halted; the adult became equally still.
Perhaps they were practicing the same bowl-balancing exercise?
This species has mastered the art of adaptation. What happens, however, when man removes their home of ‘undesirable’ undergrowth?” – Lisa Brunetti – from “MANY Birds at a Time” 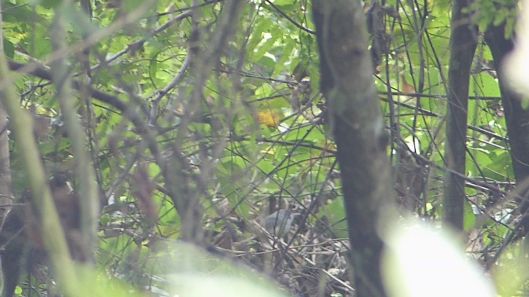