Drawing, How to draw a toucan, Timeout for Art, using a grid for drawing

OK, aspiring artists! Sharpen your pencils and get ready to draw!

“Drawing is rather like playing chess: your mind races ahead of the moves that you eventually make. “— David Hockney

While scrolling through the photos taken over the past week, I critiqued the series of toucan photos with a disciplined eye.   Four are shown below; “A” shows the personality of the toucan. “B, C and D” were similar with subtle differences, but one seemed stronger to me. Which is your favorite? If you were about to draw one of the four, which would you chose and why?

Which would you chose to draw?

Two of the eight or so photos were my favorites, and I toggled between the two to decide which one would be the best candidate for a painting.  The two photos are below: 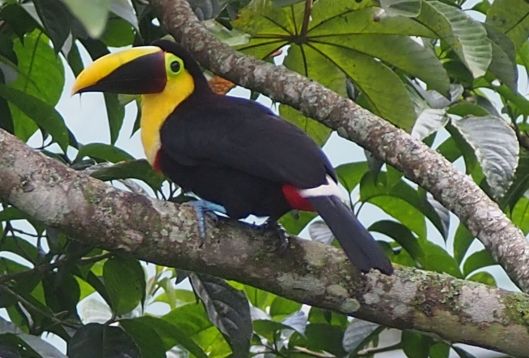 “B” bird seemed relaxed in its environment.   It also seemed heavy on the right side, as if an invisible line was pulling the bird toward the ground.   “C” seemed to tap into its survival sense, and though I was almost hidden from the bird’s view, it seemed to sense a foreign presence. “D” pose amused me; like many humans who are suddenly aware of a photo about to be taken, this bird lifted its beak just a bit and displayed a classic profile. Most likely, it was definitely aware of a foreign presence, and it was preparing to take flight! For a painting, however, it looked too perfect, although I really liked the backwards “S” curve of its throat and neck. 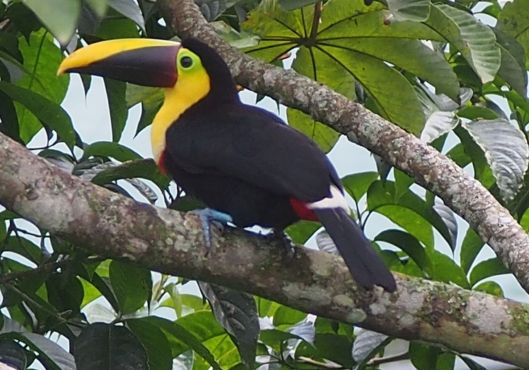 Toucan D held a classic pose, but it seemed too perfect…

After appreciating the toucan’s body English, I tried – through a teacher’s eyes – to decide what made “C” more pleasing to my eye. It appeared more balanced.   My analytical skills automatically stripped the images into basic shapes and directions, and I realized that I should slow down, decipher my methods and share a few easy ways to stay on track when drawing. END_OF_DOCUMENT_TOKEN_TO_BE_REPLACED