Well-appreciated gifts! Hugh’s book and an article about Pluto Mississippi!

“I still think I prefer books to the internet – something more substantial about holding a book in one’s hands!” – Hugh Curtler

If one cannot visit with Hugh Curtler in person, then reading his most-recent book will transport you to a one-on-one imaginary conversation with him!  Over 400 pages of one or two-page essays, Alone in the Labyrinth shares some of his popular blog posts written between late 2011 and 2018. One can start at the beginning and read for hours – or randomly open the book to any page for an introspective ‘Food for Thought.’

You might envision yourself sitting in his Philosophy and Humanities classroom or kicked back in a casual coffee-house setting. (He’s retired from teaching but not from mentoring!)  He shares his love of the great writers – and why they are/were great; he addresses his concerns for the devolving spiral of education. At time he makes me laugh, and sometimes I wish I were actually sitting in his classroom so I could interject, “Yes! But—-“ and of course that’s his intention – to make us think or to question.

“Do you think that Professor Curtler will speak today?” (Cayambe Solstice Event)

Divided into six sections, Alone in the Labyrinth presents topics to consider:
Seeking Answers, Education, Law and Freedom, Virtue and Values, Society and Culture, Art and Literature.     The Bibliography provides a queue of inspirational reading material.

Sometimes his message floats across in a straight-forward manner, and other times he pokes and prods us to look inward – or even outward and wipe the glaze from our eyes. The reader grasps his concerns and might ponder, Are advances in technology creating new problems – especially the atrophy of the human mind and possibly the soul?”   In The Aftermath” (April 2013) which was written after the 2013 Boston shooting incident, is a good place to start. You can read that original post HERE! 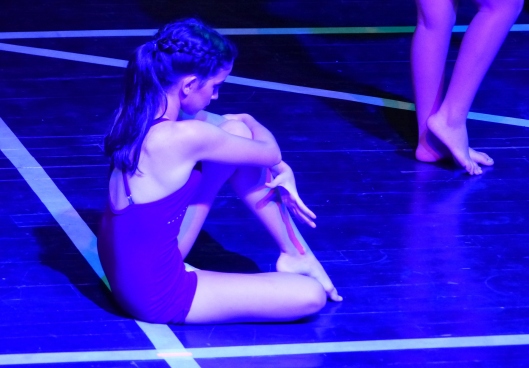 Did I dream that young Natalia performed last week in Manta?

Random quotes from Alone in the Labyrinth:

“Common sense insists that we are awake and not dreaming. But the problem is HOW do we know this? … Carroll later wrestled with the problem in his book Sylvie and Bruno, in which the narrator shuttles back and forth mysteriously between dream and real worlds: ‘So either I have been dreaming about Sylvie,” he says to himself in the novel, ” and this is not reality. Or else I’ve really been with Sylvie, and this is a dream! Is life a dream, I wonder?’ “ – Are We Dreaming?’ March 2017 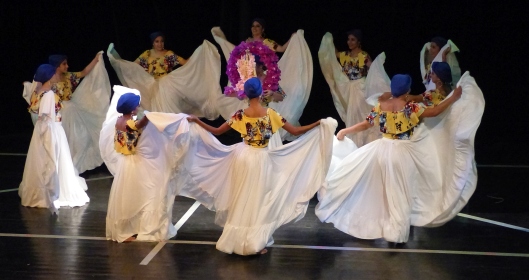 Was that a real event, or was I dreaming? (Yes, this was in Manta!)

At times he interjects humor – at least to me – while addressing serious topics: “...And it would be easy to dismiss it as simply a novelist’s attempt to understand the tortured thinking of a condemned Nazi who appeared to be a few sandwiches short of a picnic…” – Our Violent Age” (April 2016)

His concerns about the future of education burn strong;  the children are the world’s future – and they deserve the best education possible.

” Education is not about jobs or making money; it is about putting kids in possession of their own minds, helping them to achieve true freedom, the ability to think for themselves, to separate truth from nonsense, and not to suffer fools.” – Making Widgets (June 2014)

“Let’s start with an obvious truth: high self-esteem must be earned; it cannot be handed to us. This is a truth that has apparently been lost on educators, who have embraced the notion that simply pouring praise into the heads and hearts of their students , no mater whether they deserve it, their self-esteem will rise and they will perform miracles. Or at least, they will pass their tests and make the teachers look good. This is absurd. Its absurdity was augmented in California not long ago when a school board member was confronted by data that showed that heaping praise on students does not improve their performance one bit. His response: “I don’t care what the data show, I know it works.” Methinks the man is brain dead. Perhaps he didn’t get enough praise as a child…

..One wonders whether those simple people in ‘third-world countries,’ like our medieval forebears, are not indeed happier than we are in spite of their poverty and lack of material goods. It’s just possible that those people know something that we don’t.” In Search of Soul (August 2013)

“Perhaps we might all slow down a bit and look around to appreciate what a beautiful world we humans seem to have grown apart from.” Mother Earth (February 2013)

We are too busy exploiting the earth for our own short-term interests , destroying the land and polluting the air and water as we check our bank accounts and ignore the signs around us that our piece of earth, like Joseph’s, is drying up, turning to powder.” – August 2014 – ‘Taking Care”

” Barbara Kingsolver’s excellent novel, Flight Behavior is both disturbing and well worth reading. The reading goes slowly because the book, which extremely well written, is so dense and so disturbing… -|… and a few scientists are standing in the bow of the ship pointing to the huge iceberg that is dead ahead and shouting against the wind ” April 2015 – “Aboard the Atlantic”

For last-minute shoppers – or early bird options for 2019, there are several ways to purchase this book.

or stop by his blog  HERE!

5 thoughts on “Shouting Against the Wind?”